adidas Poole Week, Day 4: whence and whether the wind

Wednesday was going to be bay-day in adidas Poole Week; the day when the faster fleets headed out of the harbour to play on the open sea with the backdrop of Old Harry rocks, Studland Bay and Sandbanks instead of Brownsea Island, Arne and Corfe Castle. It was also CraftInsure day, Mark Lee’s company generously offering free insurance to the winners in what would have been the bay fleets.

The ‘would have’ is because the bay racing didn’t actually happen. Prospects had been doubtful for some days, given the forecast of very light northerlies that any sea breeze would be likely to cancel out. In Poole, however, there’s often wind in the harbour when boats are drifting around in the bay. Graham Davies, the PRO on the committee boat start line, always had a Plan B: to keep the fleets inside.

Even in the harbour there was precious little wind on Wednesday morning, and what there was rocked around between northerly and south-westerly. Then, just before race o’clock, a relatively consistent 6-8 knots filled in from the south west and the boats were sent afloat almost on time.

Unfortunately for them, it was those who sailed furthest, over to the harbour’s Top Triangle, who still didn't get to race. The Lasers, Flying Fifteens and RSs sat in a calm and waited. And waited. Roberta Hartley did head-stands on the foredeck of her Laser, but even that failed to conjure up any wind.

Meanwhile, from Parkstone Yacht Club’s platform line, the XODs, Wayfarers, Dolphins, Shrimpers, Toppers and handicap fleet started racing. Conducting operations from the platform, Bob Jennings sent the fleets on relatively tight courses to keep them away from the windless zone to the west. It worked: the Shrimpers and Dolphins had their customary single race and everyone else kept to their schedule with two.

Eventually the Lasers, Flying Fifteens and RSs were sent home, so not only were they denied any action but they also had to thread their way back to base through fleets that were enjoying some excellent racing.

The big surprise of the day came just before 4pm. The sky to the west had been turning progressively overcast, though not in a particularly ominous way. Few people, if any, imagined that it would bring any serious wind, but out of the grey it suddenly started to blow. The anemometer on the platform went into the high teens and recorded a peak of 23 knots. Things started to happen. Crews had to switch from crouching or reclining – depending on how seriously they were racing or how much pressure they were under – to full-on hiking mode to keep rigs pointing skywards. Some didn’t seem to realise quite how breezy it had become. The young Watsons, William and Casper, reached the windward mark in their RS Feva, hoisted the spinnaker and disappeared downwind in a flurry of spray. Somehow, despite a few ‘will-they-won’t-they?’ moments, they kept the boat the right way up before deciding that enough white-knuckle sailing was enough and that a drop would be a prudent move.

In terms of who was where, many of the usual front-runners were where they might be expected to be, though Bruce Gridley put in an appearance at the front of the Wayfarer fleet to let Geof Gibbons know that he couldn’t count on having it all his own way. Willie McNeil (Lara) and Eric Williams (Sawdust) were setting the pace in the XODs and Barry Harris led the Dolphins home.

With two days of what look to be light and shifty winds to come, it’s going to be tough to stay at the top of the fleet in adidas Poole Week. 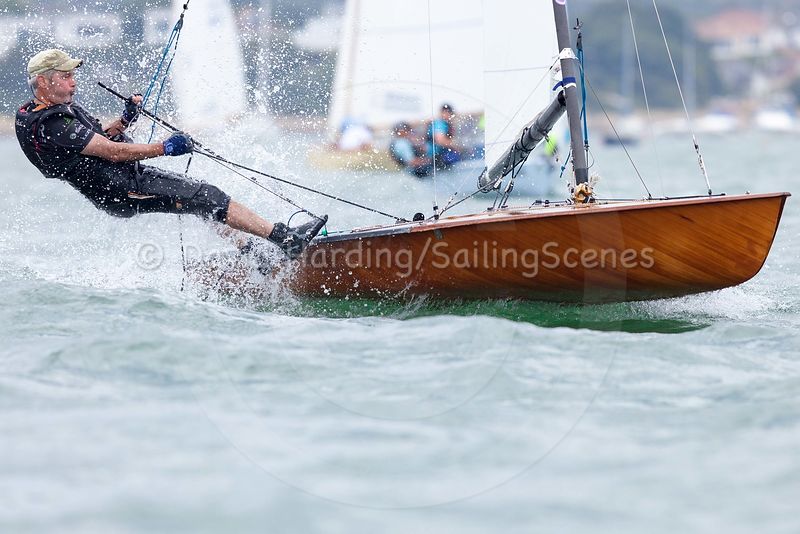 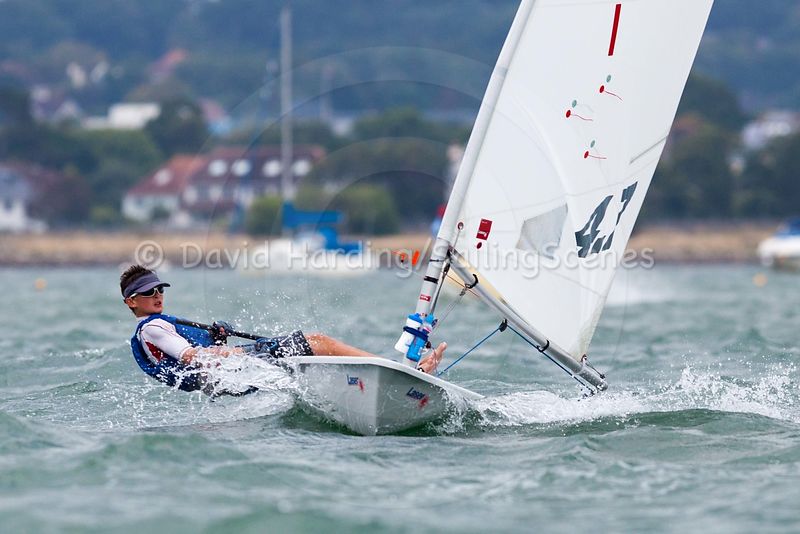 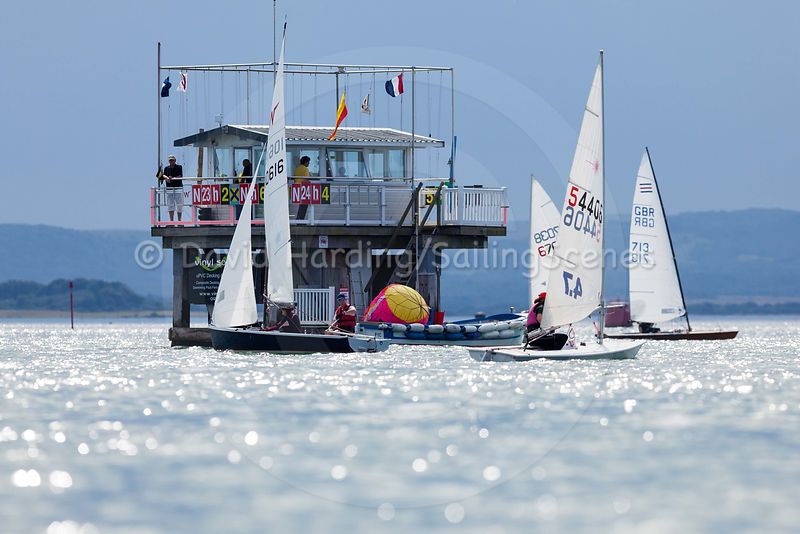 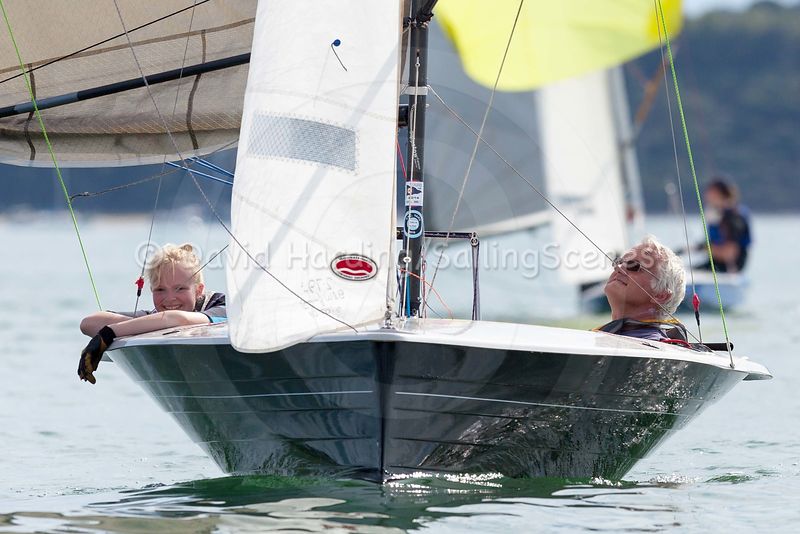 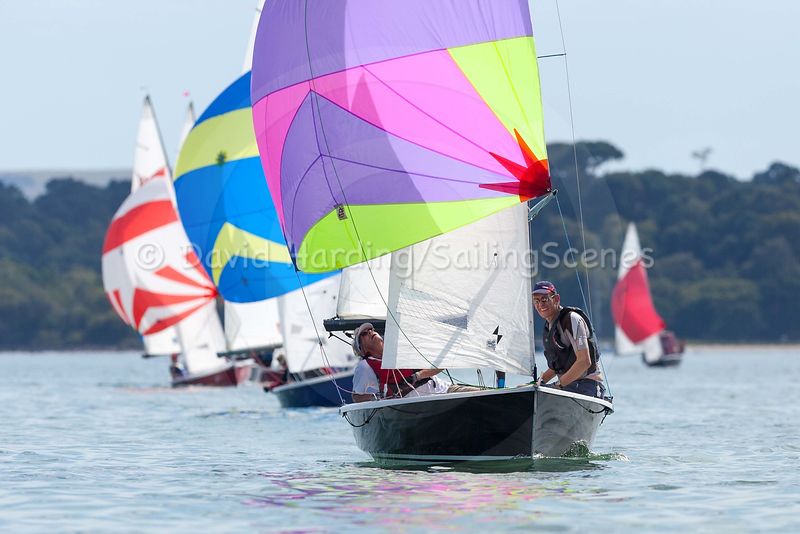 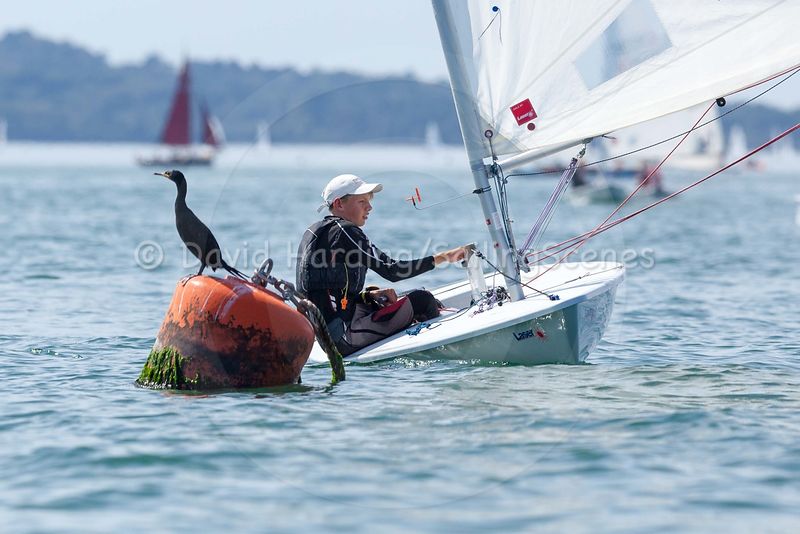 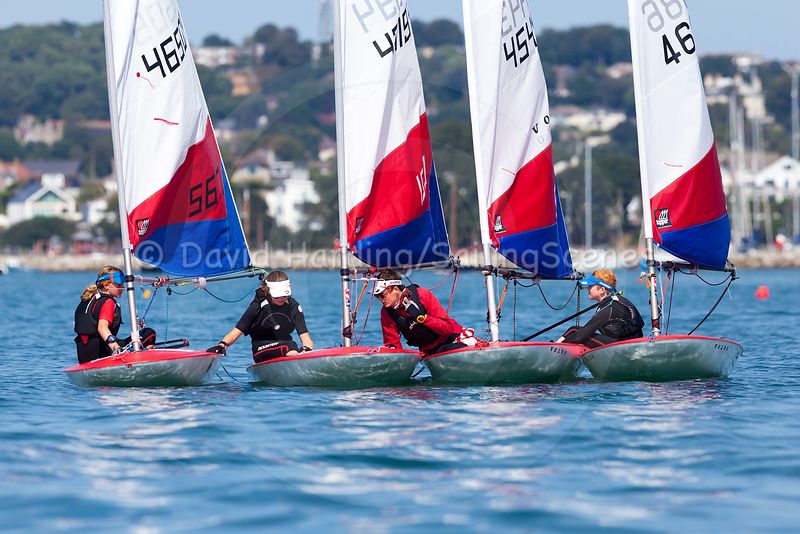 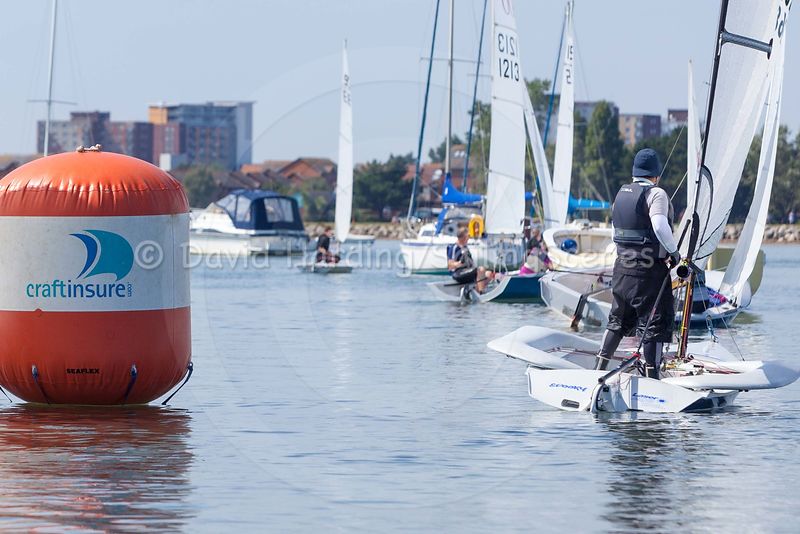