ONLY 10 KNOTS? AND WHY’S THE GERMAN NAVY IN THE WAY?

We have been testing some quick boats recently. Last week it was two trimarans – one littler and one larger, and they both clocked the best part of 16 knots without breaking sweat.

We don’t often test two boats in a day, but this week we found ourselves a few miles further west doing another double test. They were monomarans this time and, again, both were fun and fast yet by no means extreme. 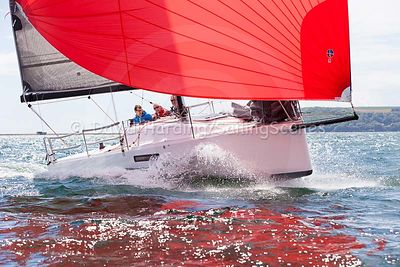 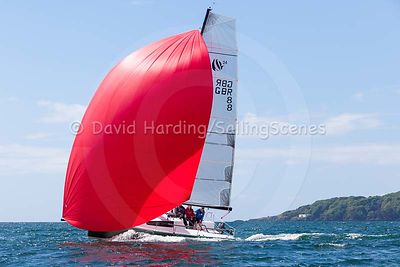 Once you have experienced this sort of effortless speed and easy handling you can’t help but wonder why so many people seem happy to float around in boats that are much, much slower, harder to sail, massively less efficient, and more prone to untoward behaviour such as broaching. Most boats are slower than the four we’ve been playing with over the last fortnight and, to be fair, slow can still be fun, especially in a racing situation when it’s all about tactics and boat-speed in relation to the rest of the fleet. Nonetheless, speed on demand opens up all sorts of possibilities, quite apart from adding the grin factor.

Our test subjects this week were conceived principally as sporty camper-cruisers, though they’re more than capable of racing competitively. In fact we raced one of them the evening before the test and won our class despite sailing only three-up and with two of us in unfamiliar roles. Racing in a handicap fleet like this is a good way of gauging the performance of a test boat in relation to a variety of others. It tells you far more than numbers like speed and tacking angles in isolation. 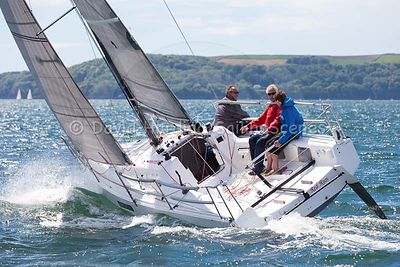 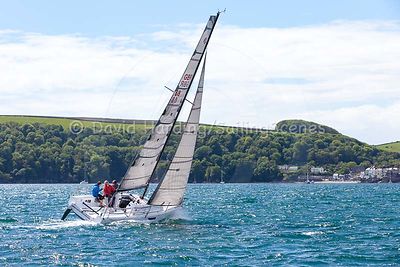 Next day it was a full-on 9 hours or so of photographing the smaller boat, popping back into the marina to park it and take the bigger one out for its photo session, then hopping aboard it from the photo boat for the testing and on-board pics before returning it to the marina and putting the smaller one through its paces. Next it was time for the poking around in the corners, checking out the accommodation and taking the interior and detail shots. We also had to recover the smaller one and return it to the trailer park, having launched it at the start of the day. Finally a bite of ‘lunch’ at around 8pm and on the road back home for arrival at well past midnight.

As those who sail sportsboats will know, there’s something immensely satisfying about planing downwind, feeling the boat take off and watching those numbers climb. In winds that ranged from the mid teens to the low 20s, our best speeds of the day were 11.8 knots over a distance of 500m (tracked and recorded by on-board sensors that send data to the phone) and a peak just shy of 14 knots. And all without a white knuckle in sight. Anything less than 10 knots felt very pedestrian. 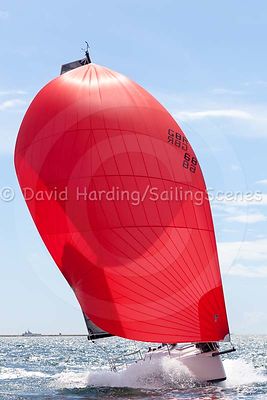 Our biggest challenge was weaving between the warships and submarines that were out playing on this lovely sunny day. They determined our gybing angles as much as the wind did. A German frigate (or did the ‘F’ stand for Fritz, we wondered?) forced a slightly premature final drop of the afternoon as it cut across our bow. Best not to argue with several thousand tons of steel, wherever it comes from.

After that we ambled along for the last few hundred yards on a two-sail reach at a mere 8-9 knots: walking pace for this boat, yet more than the owners of some 24-footers will see in a lifetime.

The big question is whether, if you fancy the idea of double-figure speeds as a routine part of sailing, you buy a monomaran or a multimaran. Now there’s a subject for debate… 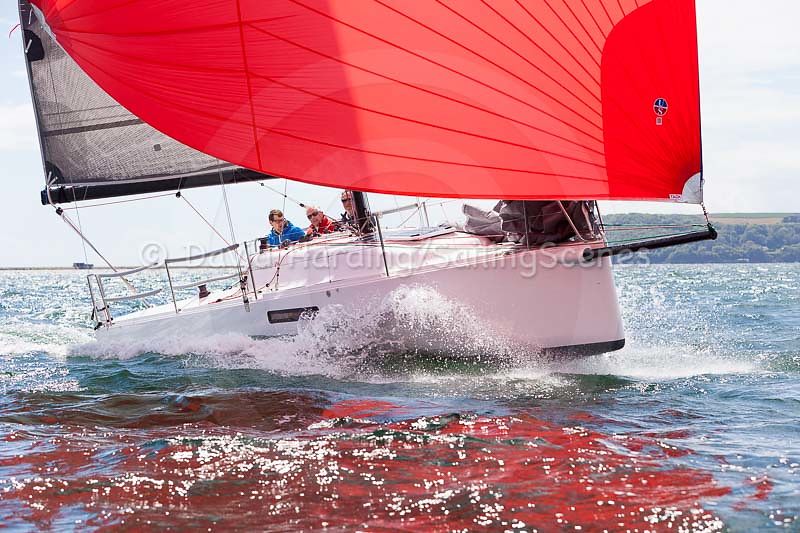