After Sunday’s rain and gales put paid to any racing, Monday brought what many competitors described as perfect conditions in Poole Harbour.
The wind, ranging between 6 and 17 knots, kept the crews trapezing or hiking hard much of the time but didn’t make life exhausting for the lighter teams. Its shifty nature also threw in plenty of tactical challenges as it swung from 270° at one extreme to 320° at the other. Plenty of places were won and lost on the shifts, especially later in the day when a strengthening ebb tide brought an additional element into play.
It was a day when being bold and pushing the corners was often the way to make gains, but there were plenty of snakes hidden among the ladders. Despite these challenges, three fleets saw the same winner in both their races. Matt Reid quickly stamped his authority in the full-rig Lasers to give himself a three-point cushion over Dominic Hall. Andrew Hartley leads the charge for the home club, having found both snakes and ladders with a 10th and a 2nd.
Another visitor leads the way in the Fast Handicap fleet, Chris Arnell and his OK securing two convincing wins while Kirsten Glen made few mistakes in her Byte to notch up an equally impressive scoreline in the Slow Handicap.
All told it was a day of good, nip-and-tuck racing and little drama, though the hotly competitive XOD fleet had two general recalls in the first race, dropping to the back of the starting sequence as a result. They showed a little more restraint in the second race when they only had to re-start once.
The man who came closest to experiencing any drama was none other than the chairman of Poole Week’s organising committee, Geof Gibbons. As he was launching his Flying Fifteen, another competitor pointed out that several strands of one of his shrouds had failed. Had this gone un-noticed, it would have led to a shredded spinnaker at the very least and possibly much worse. The crew of a visiting Fifteen kindly produced a spare. After it had been made to fit, Geof reached the start with seconds to spare and was so eager to go that he was OCS. Starting from the back of any fleet is making life hard for yourself, but Geof and his crew, Dave Noy, worked their way through to third. To cap an eventful day, Geof later found himself the recipient of a Zhik goodie bag when his was one of the two names drawn at random during the daily prizegiving.
Any competitors who left the water with aching muscles are probably looking forward to lighter winds promised for Tuesday. Whether a change of strength and direction will bring new names to the front of the fleets we will have to wait and see. 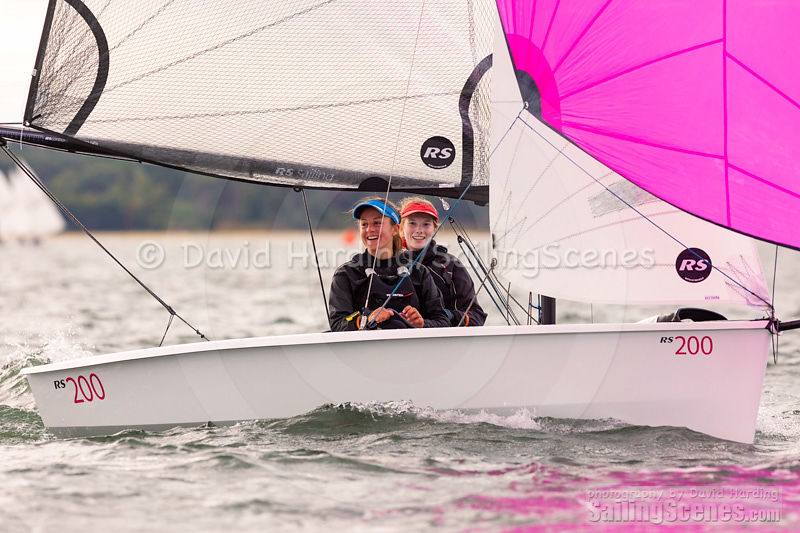 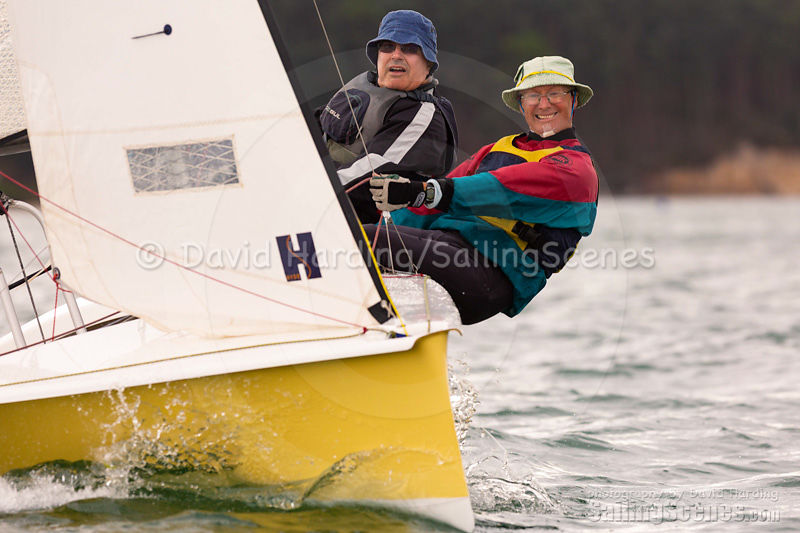 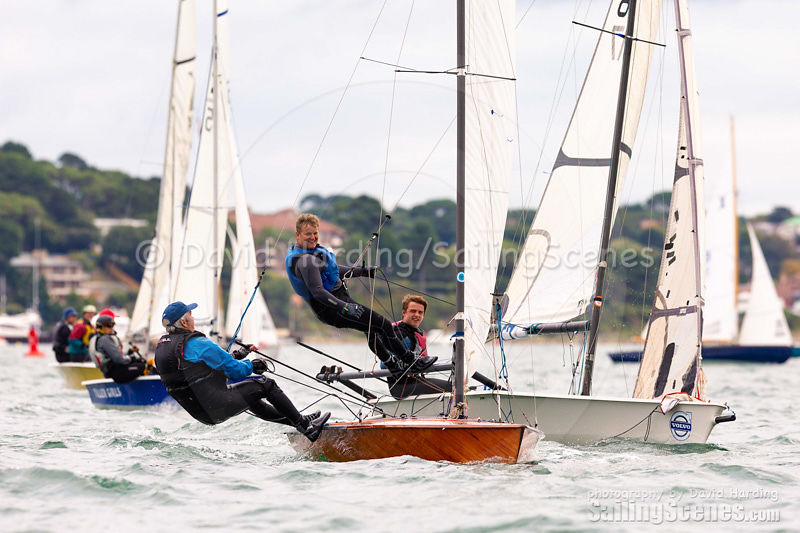