Some days you know you’re going to be lucky to get any wind. On the south coast, for example, when the pressure chart indicates a light northerly gradient and the temperature over the land is high enough to suck in a sea breeze, northerly fights southerly. All too often, neither wins and sailors are definitely the losers.
That’s pretty much what everyone was expecting on the fifth day of Zhik Poole Week. The flags in Parkstone Yacht Club's dinghy park initially fluttered to a zephyr from the north before hanging limply as boats started to launch at around 13:30. But then there was a faint stirring from the south. Although any sun was mostly milky and the weather far from scorching, was enough of a sea breeze going to fill in? The fleets starting from the Parkstone Platform – Darts, XODs, Wayfarers, Handicap (fast and slow), Dolphins and Shrimpers – wafted gently back and forth while Bob Jennings, facing the unenviable task of managing them, worked out where they could go.
He gave the Wayfarers what seemed like an adventurous course in the conditions – a shortish beat, followed by a reach to RoRo (whose name is a clue to its position) and another beat to Piccadilly off the western end of Brownsea Island. It would have been longer, but shortening at Piccadilly seemed prudent. For the second time this week it was Iain Lamey and Chris Jerman who got the gun (well, more of a hoot, but it served the same purpose). Bruce Gridley, who has acted as race officer during many a Poole Week, worked his way up from 4th to 2nd at the finish by hugging the Brownsea shore.
While the Wayfarers were touring the harbour, the rest of the Platform starters stayed closer to home and all managed one race even if the Dolphins and Shrimpers had theirs shortened. Robert and John Mulholland’s red-hulled Dolphin, D33, crewed by Richard Drew, was in the middle of the fleet on what was turning into a long slow beat against the tide to the windward mark. Rather than follow the leaders, they struck off to the right towards Brownsea, took the medicine as they crossed the strongest tide in the main channel, then tacked back on to starboard, crossed the fleet and found a RIB forming a line at the mark to give them a welcome first-place finish.
In the XODs, John Edmonds in Skiffle and Crispin Tombs in Ariel took the top two places. Edmonds led the fleet most of the way and extended further when many following boats misjudged the cross-current on the run and ended up fighting it to the leeward mark.
All this action centred around the Parkstone Platform was in contrast to a distinct lack of action in the harbour’s Top Triangle. There was nothing David Lush, race officer on the committee boat, could do after a couple of completely windless hours but send the fleets home. Still, one Poole Week visitor commented that it was nice to have a gentle cruise to the committee boat, a leisurely drift around it for an hour or two and a gentle cruise back to the club. There are indeed many worse ways to spend an afternoon, especially when the Bournemouth Air Show gives you something to watch in the background.
On-the-water battles will recommence on Friday for the final day of racing in Poole Week. 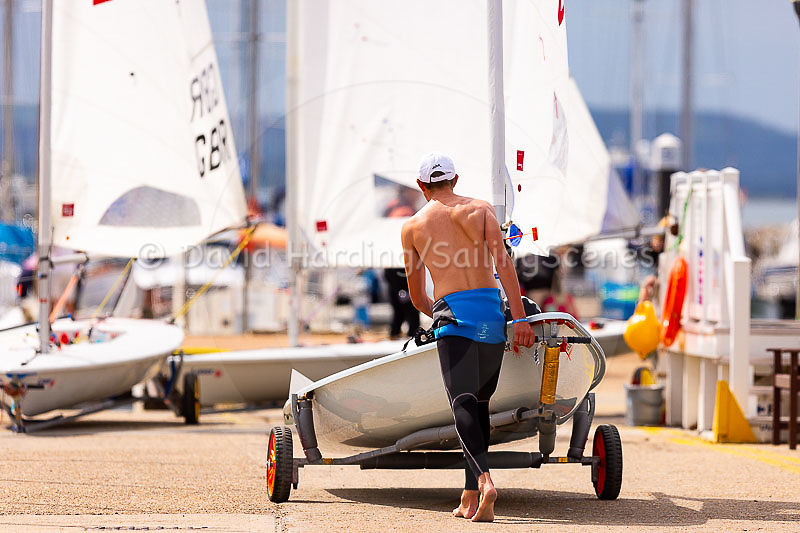 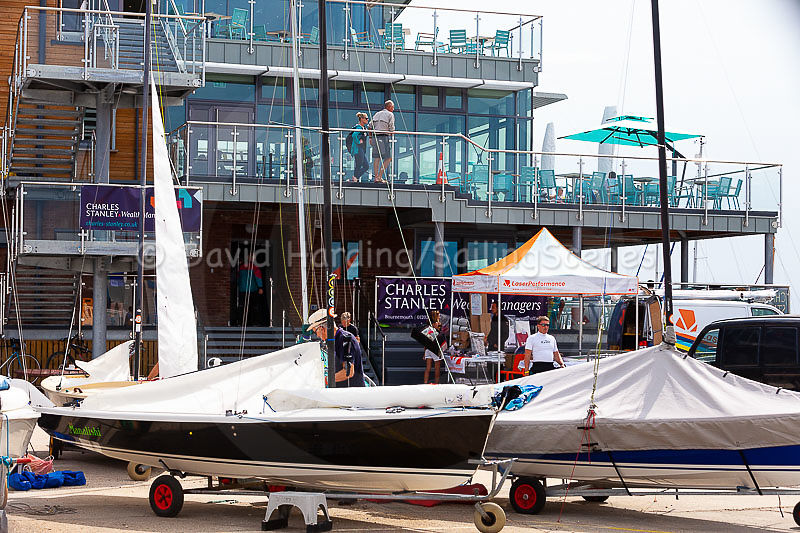 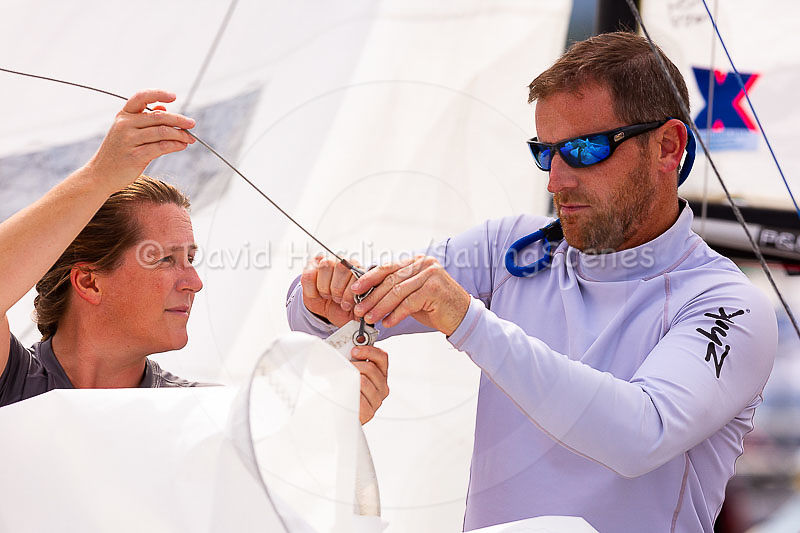 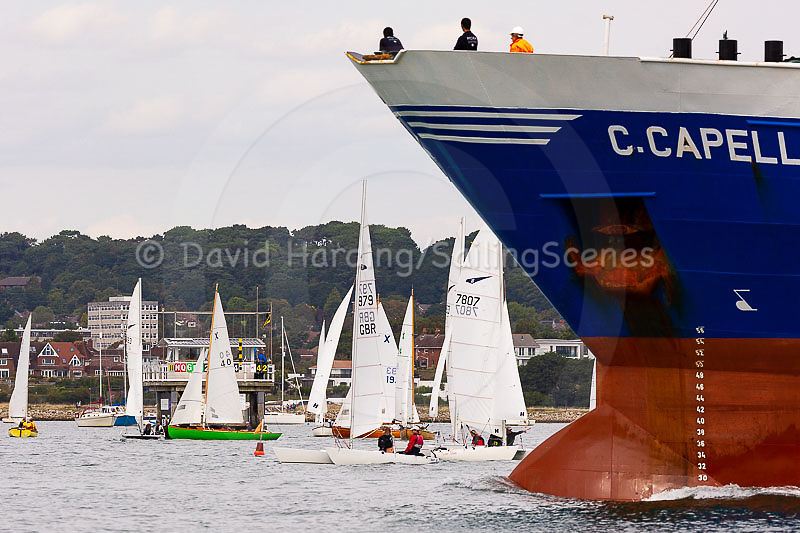 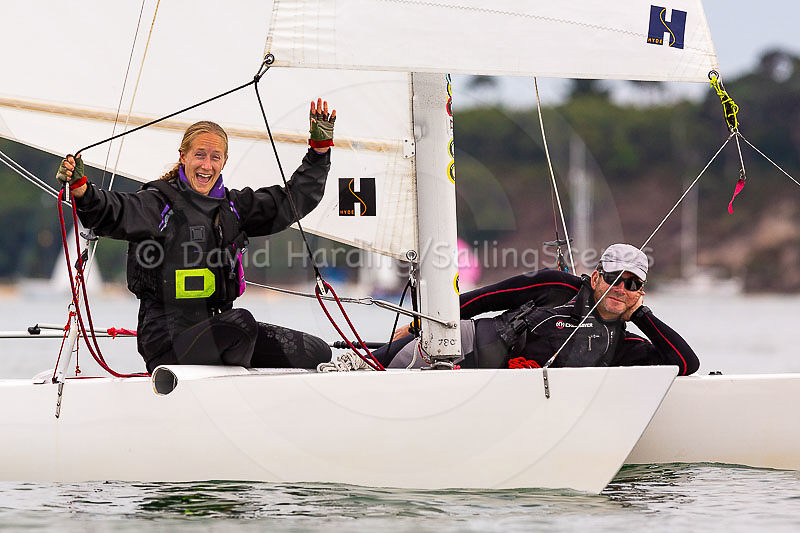 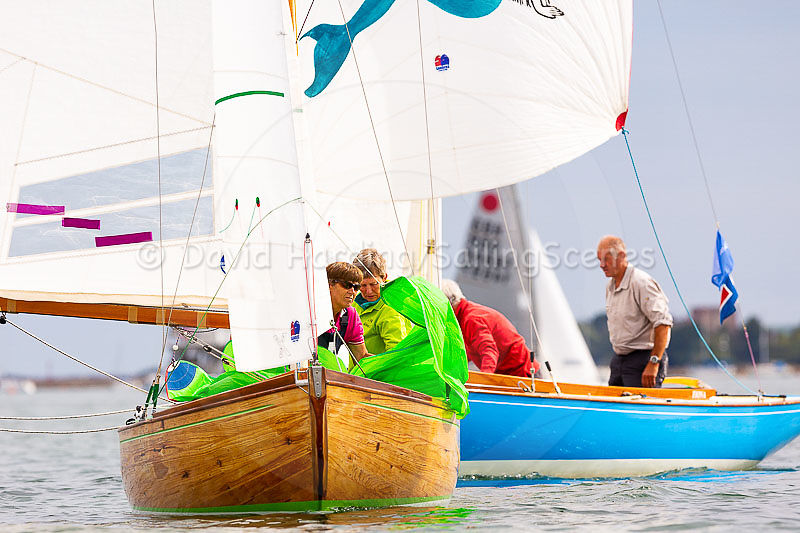 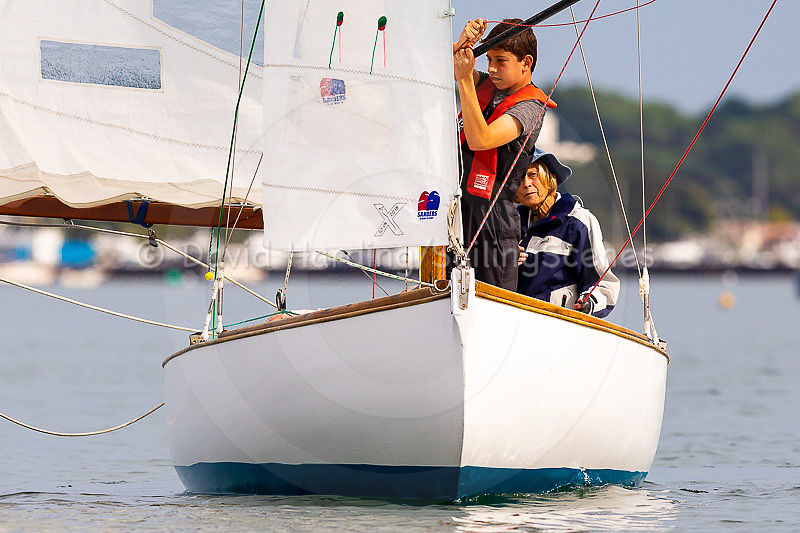 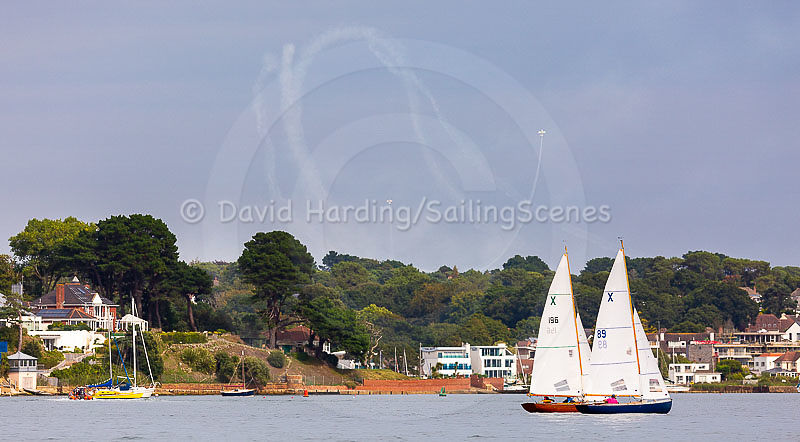 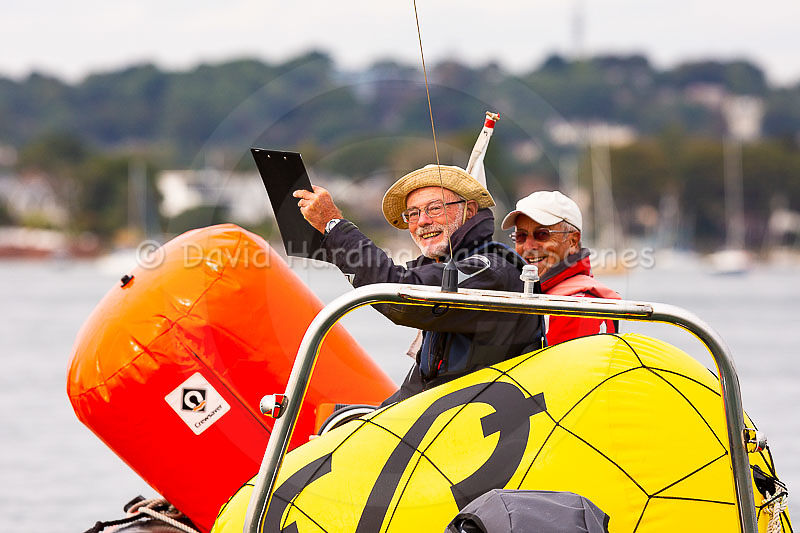 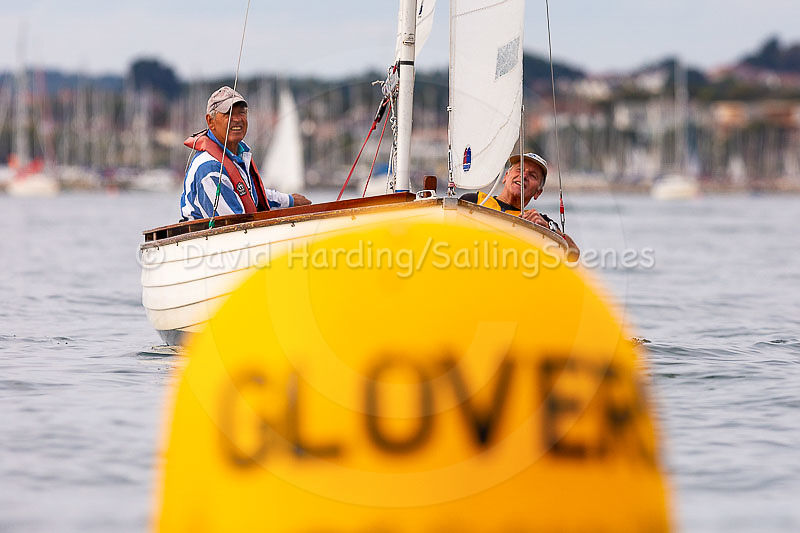