BRING ON THE BREEZE!

It was all action in Poole Harbour as over 200 sailors took to the water for the third day of racing in Zhik Poole Week. The promised north-westerly breeze was right on cue, typically ranging between 8 and 15 knots and behaving as north-westerlies in Poole Harbour usually do, flicking left and right in seemingly random fashion. Bob Jennings, PRO on Parkstone Yacht Club’s starting platform, recorded directions from 270° to 020°. Further up the harbour in the Top Triangle, the race team on the committee boat also had their work cut out, especially when it came to managing over-eager starters: the Flying Fifteens were the only fleet not to have any general recalls.
It wasn’t just the shifts that kept the teams on their toes. As heavy clouds passed over the harbour, the strength was up and down too. Crews would find themselves in light-airs mode one minute, then fully powered up and hiking the next – or, in the case of the Darts, out on the wire. The testing conditions clearly suited Geoff and Liz Sherwood, whose 1st and 3rd in the Darts’ two races moved them to within 2 points of the overall leaders, Peter Stacey and Suzie Clayton. Proving that you don’t have to spend lots of money or be a seasoned Dart sailor to win, Dave and Jan Pointer sailed the second-oldest boat in the fleet to victory in race 2. The Pointers are more often seen in their RS200, but a year or so ago found themselves being talked into buying a Dart. It now gets dragged out of the garage and dusted off for its annual outing in Poole Week.
The Cornish Shrimpers were another fleet to see a new winner, David Lack in Crabby Gaffer finishing ahead of Rod McBrien in the day’s race to narrow the overall gap to just one point.
Continuing the theme of new Wednesday winners were the RS200s. It was a day for father-and-daughter teams to come to the fore, with Stewart and Jade Bowen taking the first race and Richard and Eliana Edwards the second, though Georgie Vickers – with various different crews – maintains the overall lead. She set the pace from Monday when sailing with Edd Whitehead, who had just finished 2nd in the nationals in Weymouth and claims to be an example of a helm who makes a terrible crew.
As always in Poole Week, the XODs are pushing each other all the way. Willie McNeill leads the fleet but is tied on points with Nick Cornish, who has been in the class for many years and has found some extra pace this week at the helm of Alvine X.
Although no one is expecting much wind for the last two days, 200 sailors will be out in Poole Harbour for fun, for points or, in most cases, for both. 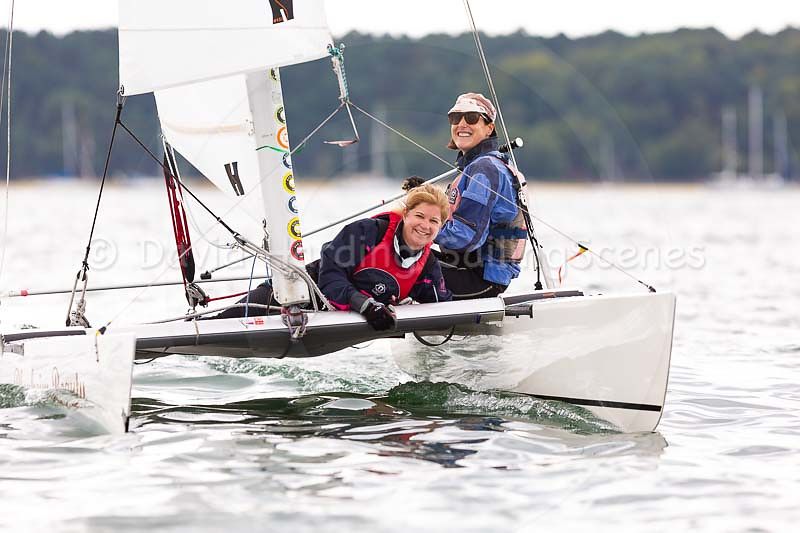 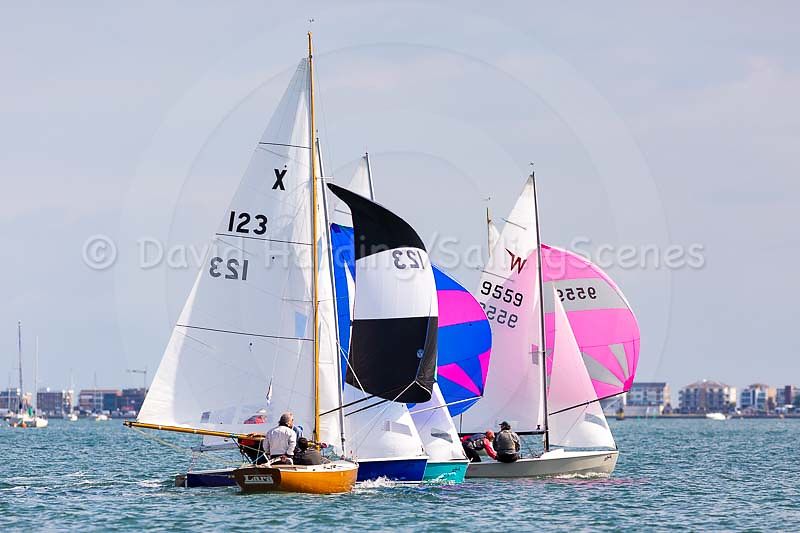 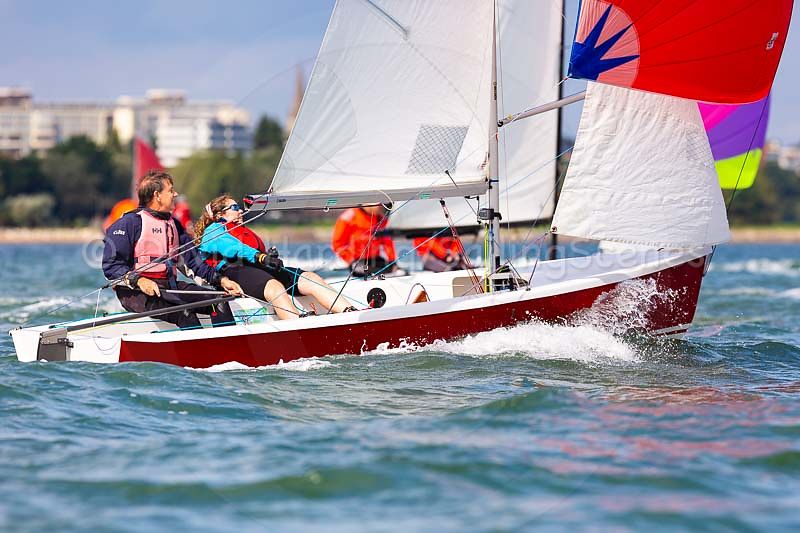 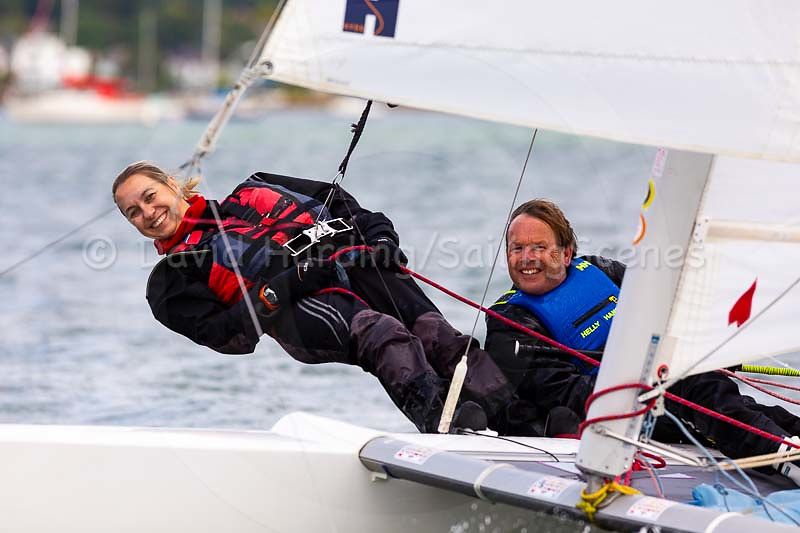 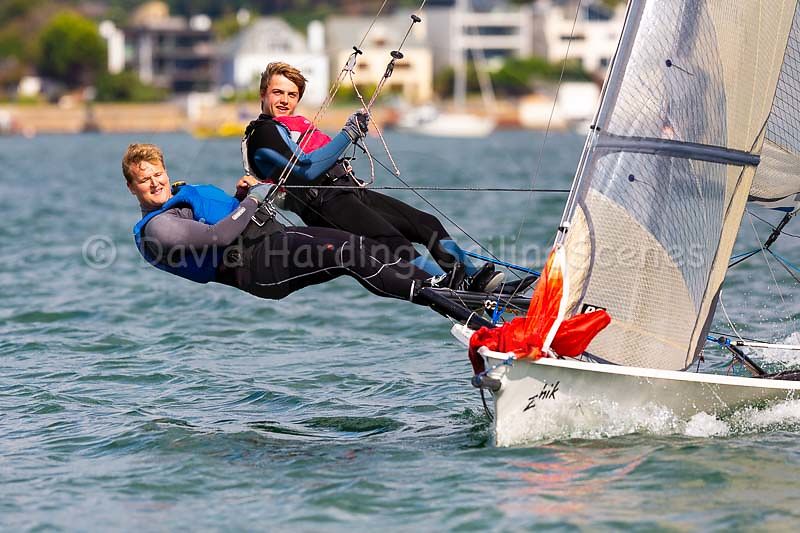 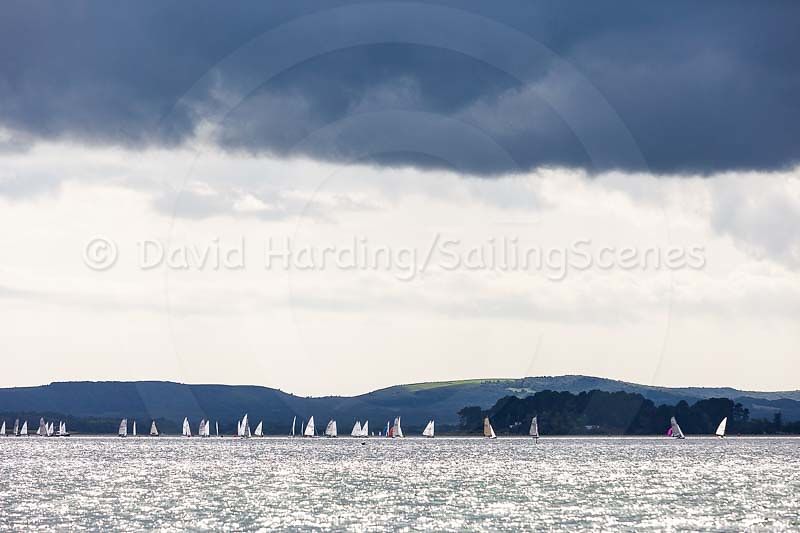 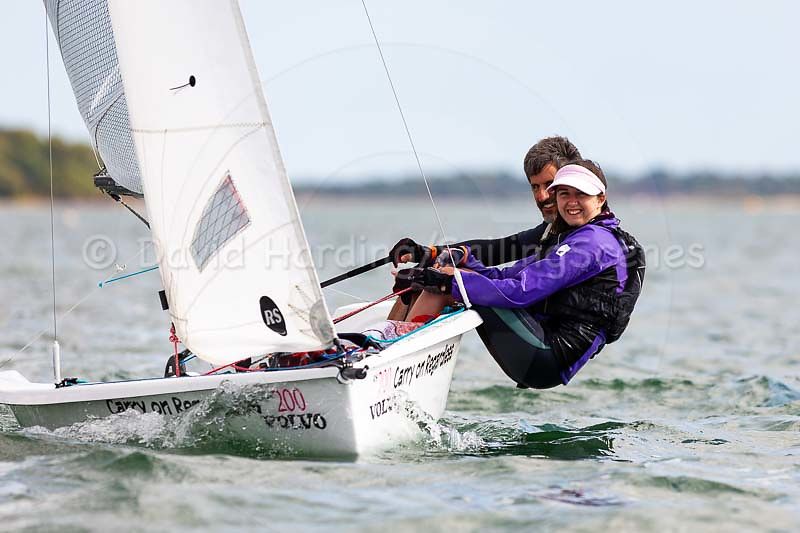 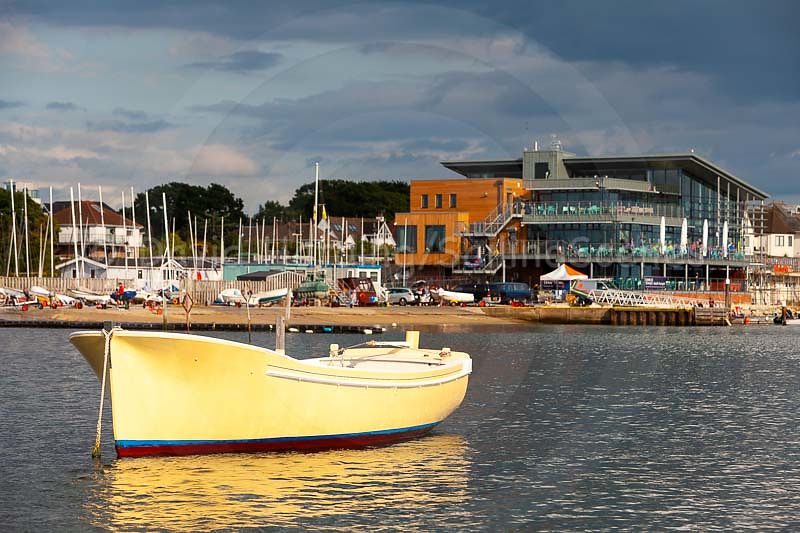