WHO SAID MONDAY WOULD BE LESS WINDY?

Sailors in particular have good reason to be sceptical when it comes to weather forecasts. And anyone who had doubts about what the met-men were predicting for the second day of Bournemouth Digital Poole Week was right to have them.
Monday was due to be less windy than Sunday. No doubt someone could analyse the figures to prove that it was, but to all intents and purposes it wasn’t. More than half an hour before the scheduled time for the first start, Parkstone Yacht Club’s platform was recording gusts of 28 knots. Many of the crews in the fleets due to race from the platform course (as opposed to the Bournemouth Digital course further up the harbour) were putting the covers back on their boats even before the PRO, Bob Jennings, sent the ‘no racing today’ flags up the pole. So the Wayfarers, Dolphins, XODs, Shrimpers, Darts and handicap fleets stayed ashore.
For the Flying Fifteens, Lasers (standard and radial), RS200s and RS400s, it was business as usual once they had had a lively and very bouncy beat through the harbour chop to the committee-boat start line.
David Lush, PRO for the Bournemouth Digital Course, set windward/leewards for the RSs, as would have been expected, and for the Flying Fifteens too. Some of the standard Lasers misinterpreted the course board and thought theirs was also windward/leeward when it was, in fact, triangle/sausage. Three of the top-four finishers from Sunday – Alan Davis, Andrew Hartley and Michael Atkinson – along with four others sailed their windward/leeward courses to no avail. Bob Cudmore, who came 3rd on Sunday, took the win from Nicholas Livingstone and tops the leaderboard after two races.
James Foster again came out ahead in the Laser Radials, this time followed by Ollie Sturley.
As usual, things were tight at the sharp end of the Flying Fifteen fleet. A lot of very deep running was seen because, on two of the downwind legs, the oscillation in the wind was enough to make the leeward mark sufficiently far left for a gybe set at the windward mark to be the preferred option. Conditions being what they were, it was no surprise that a good proportion of the fleet was preoccupied with boat-handling and getting the kite up and didn’t spot the port-tack bias. Some of the consequent mid-leg gybes were executed more successfully than others.
Sunday’s winners in the Fifteens, Bob Alexander and Huw Willetts, had a good tussle with Chris Gorringe and Nadia Hosie and were leading at the final leeward mark only to see Gorringe/Hosie make a tidier rounding, nip inside and hold the advantage on the short beat to the finish.
In the RS200s, Georgie Vickers and Karen Oldale continued their winning form from Sunday to score their second successive bullet, Ian and Tally Mairs again finishing 2nd and the father/daughter team of Trevor and Holly Annels improving on their previous result to move into the top three.
In contrast to the consistency in the RS200s, the RS400s shuffled things around. Burghfield’s Steve Middleton made the most of the fact that Sunday’s winner, Andy Hadfield, was racing with a much lighter crew. Middleton took the gun to level the points at the top of the table.
Although official predictions are for appreciably lighter conditions on Tuesday, some local weather analysts still reckon it’s going to be breezier than forecast. Most people are hoping for a bit less wind than on the first two days, because plenty of sailors are still keen to get afloat and start their Poole Weeks. 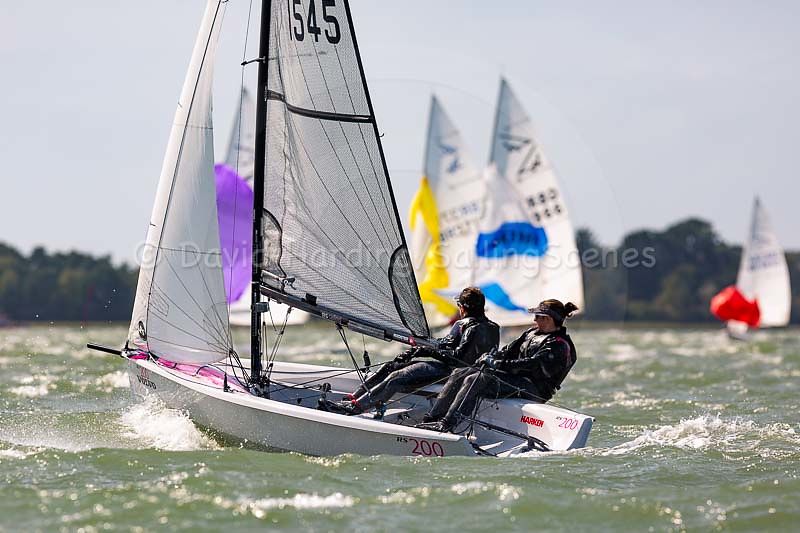 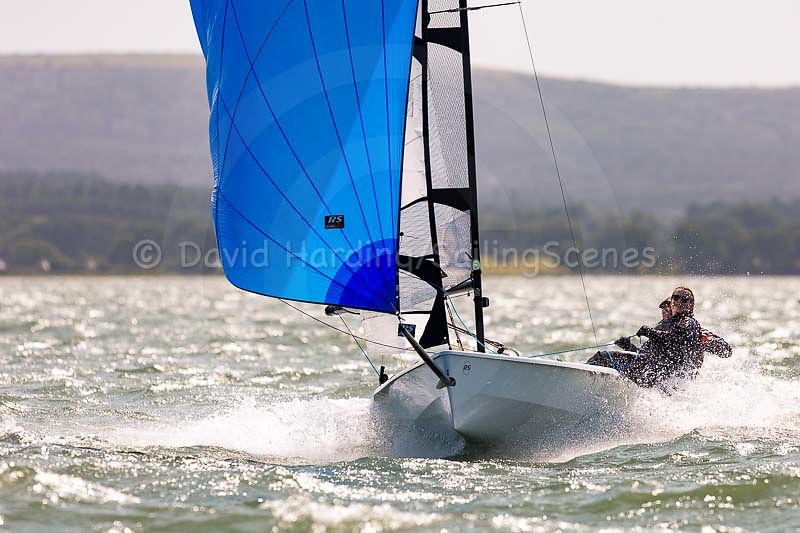 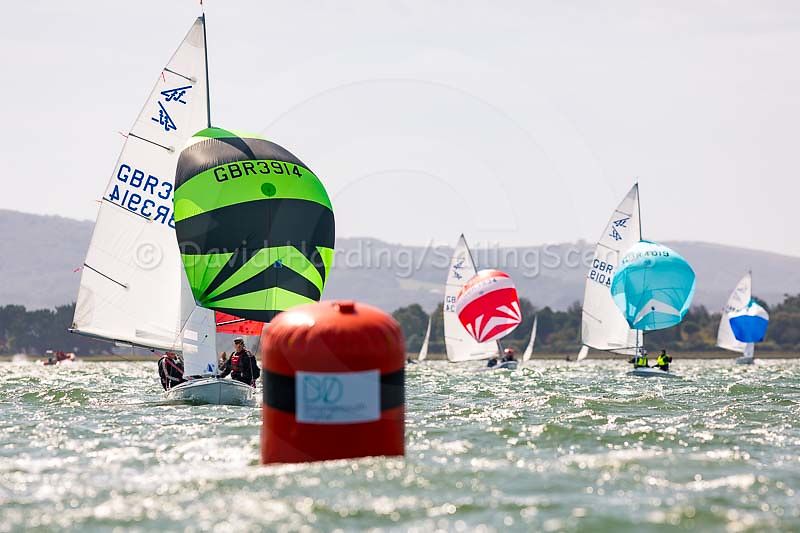 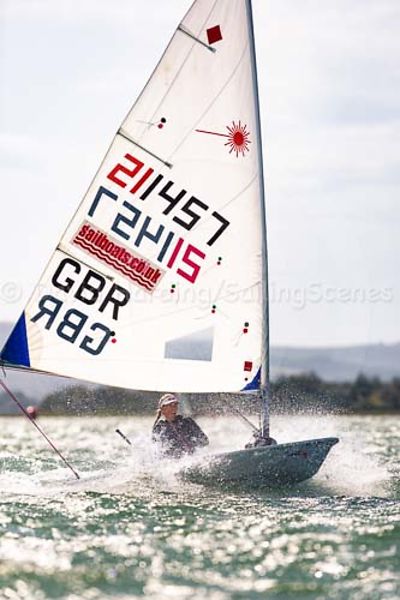 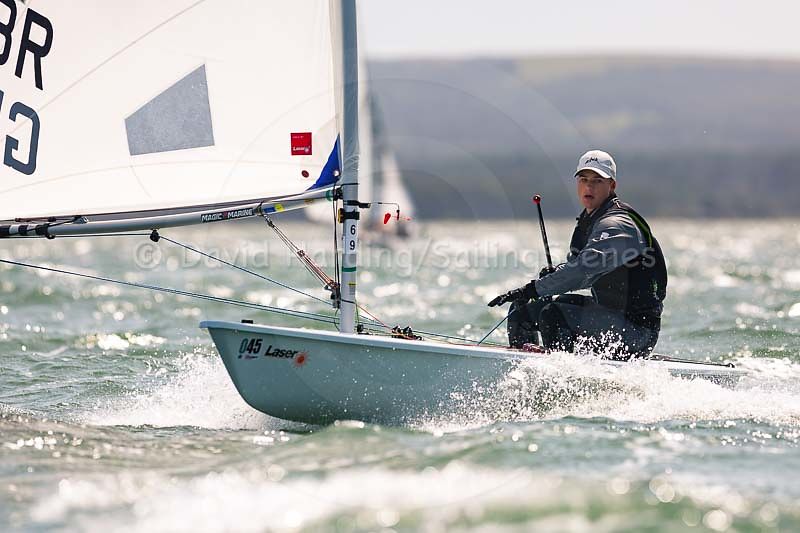 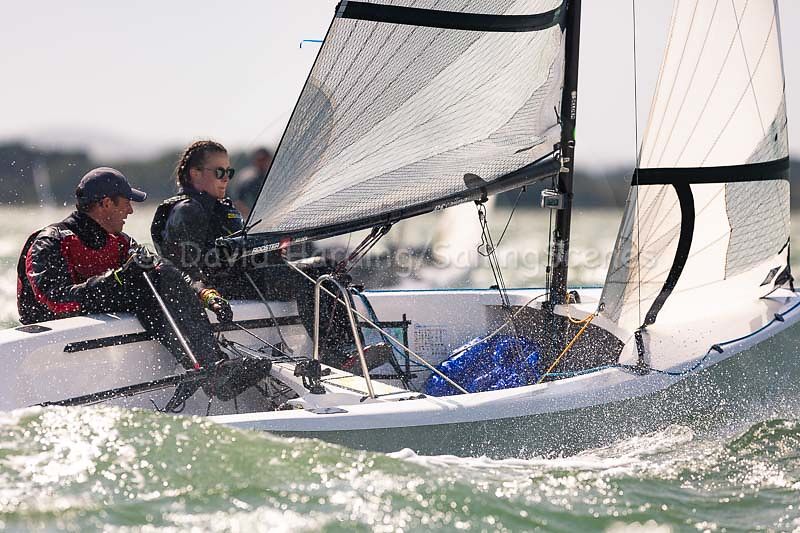 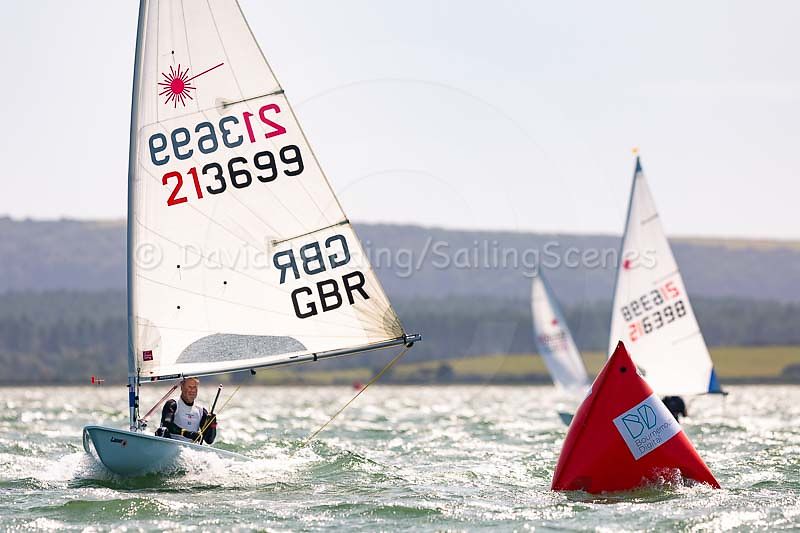 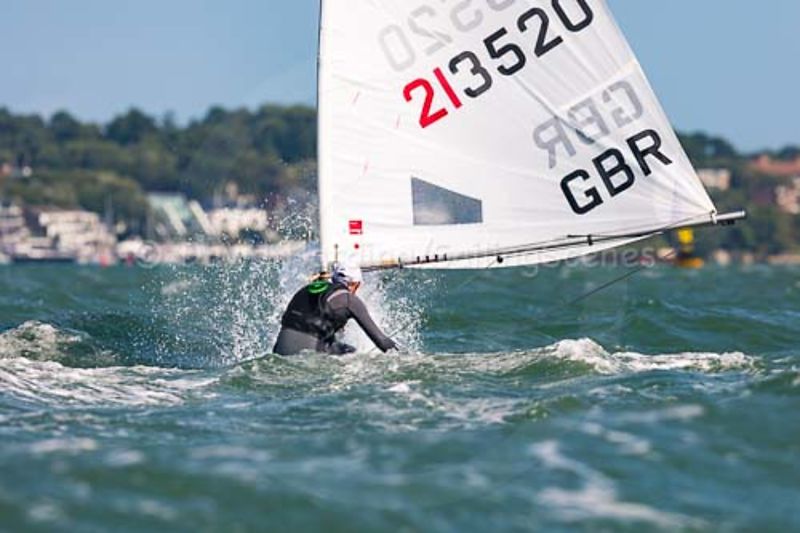